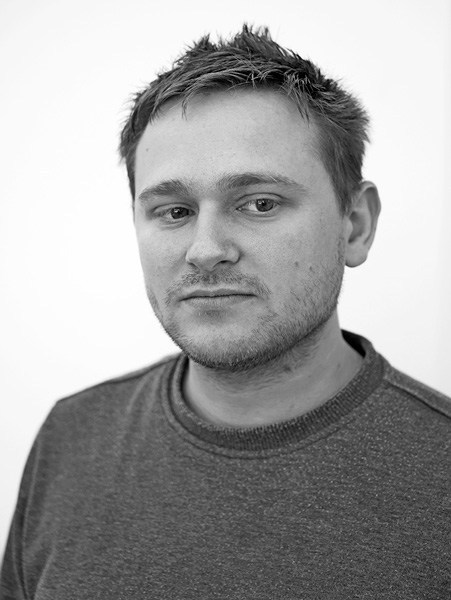 Our resident analyst opens up on the importance of being inclusive, data’s invaluable role to publishers and etailers, and the indie game he can’t wait to play this year…

What’s your favourite game of all time and why?

It’ll be of no surprise to anyone who’s met me that this has to be Skyrim. A game that still holds up seven years after its initial release and has been released on each new platform since then, including the Nintendo Switch. I’ve always been a big fan of traditional medieval fantasy (Game of Thrones, Lord of the Rings) so being able to play a pivotal role in such a story was exactly what I wanted from a game. Having played and loved the previous two titles in the Bethesda franchise, getting Skyrim on launch was a given, and I’m yet to play a game that compares to it.

Tell us a bit about what you do at Genba Digital and how you got here.

As one of Genba’s Digital Analysts, I’m responsible for analyzing all the sales and promotion data for our customers and providing meaningful reports off the back of it. I have been an analyst for about ten years, working in the financial and motor industries, but have always had a keen interest in the games industry. When the last company I worked for closed down, it was actually my partner who spotted the role for Genba and encouraged me to go for it. Having met 75% of the SMT within the interview process, I was fairly confident this was a place I wanted to work – finally combining my analytical skills with my love of gaming.

We devised our company values last year. Which one have you found stands out for you so far?

The value ‘Be Inclusive’ is probably the most important value to me. I have always felt that everyone’s voice and opinion should matter in a business no matter the position. People at the bottom of the ladder can often have the best ideas as they see things from a different perspective than department heads, and not enough businesses give the “little guy” the opportunity to speak up and be heard.

You’ve developed some mobile games in your spare time. Tell us a bit about that. Have they been successful?

I wouldn’t quite consider them successful games, but I am proud of the fact I managed to take two games from conception to release – something that is significantly harder to do than it first seems. I have an abundance of game ideas running through my head at any given time. Having the discipline to focus on one and get it completed without being distracted by a new idea is the hardest thing I’ve experienced, and still fail 99% of the time. I have an external hard drive filled with prototype game mechanics that will never be made into full games.

As Genba’s data guru, what opportunities do you think there are to use data in an enlightening way?

Data is obviously very important for any business, but we have a rare opportunity in the industry where we see data on a wide range of products spanning multiple publishers and etailers. The ability to benchmark products and franchises against their competitors can be invaluable to a games publisher or digital retailer. Perhaps more uniquely, we can provide our partners with the opportunity to view sales and pricing trends across genres, helping them to better plan their release schedules and maximize their launch revenue.

Lastly, what games are you really excited about helping to launch this year?

It’s not a AAA title like Monster Hunter World, but I’m really looking forward to Wargroove which launches on 1st February. I spoke to the guys at Chucklefish last year at EGX and was excited to see us sign them up and start promoting their games. Skull & Bones, the new pirate game from Ubisoft, also looks really good, so I’m interested to see how well it does following the success of Rare’s Sea of Thieves.